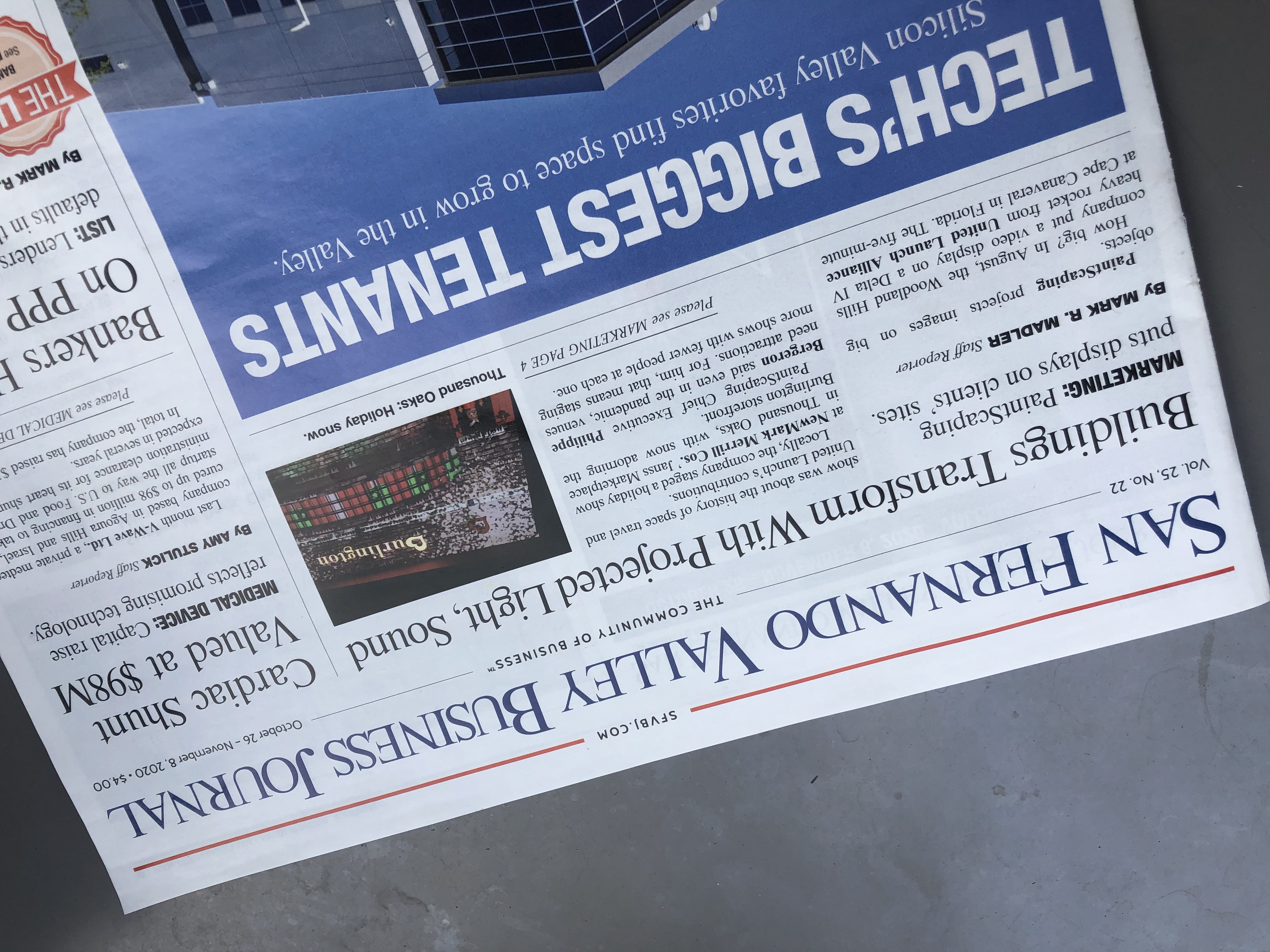 Paintscaping is on the front page of the prestigious San Fernando Valley Bu...

Paintscaping tech Adam Johns helped with projections on this music video, b...

PaintScaping did all the projections for Porter Robinson's newest music vid...

PaintScaping is pleased to announce that they are now a commercial member o...

Guinness World Record of the largest video game diaplay. For xbox. At the top of Copper Mountain.
The largest US mapping ever. For Park MGM. In Vegas. 550ft x 26 stories.
The most famous fountains. The most famous zoo.
The coldest place. Sure felt like it. at -40. In Québec.
The longest throw. 1.1 km. On a Sedona mountain.
(geek talk: throw is distance between projector and "canvas.")
And...
The most viewed mapping. 2.37 billion views. Calvin Harris & Rihanna.

We've mapped a rocket. Operational, that is. At Cape Canaveral.
The sky is no longer the limit.

But who cares about size. It's about... cliche drum-roll... emotion.

We're story-tellers. Writers. Directors. Who couldn't care less about resolution and aspect ratio. We care about the experience. We make the audience laugh, and cry... for all the right reasons (but not always.) Just ask...

But here's the beauty. We have a bunch of tech-geniuses who ONLY care about resolution and aspect ratio.

A match made in heaven.

Masters, I mean, top of the line, Hollywood Studios-trained animators, all fluent in Maya, who want to re-invent themselves. Oh, and we have the best installers in the business. Not that social, but they get the job done. (geek talk: They speak Christie. Barco. Panasonic. Disguise. Twist. Mystique. Alcorn-McBride. Pandora's Box. QLab. Resolume. MadMapper. Did we lose you at hello?)

But more importantly... the guy who helms us, our CEO, well,... he guest-starred on The Sopranos.